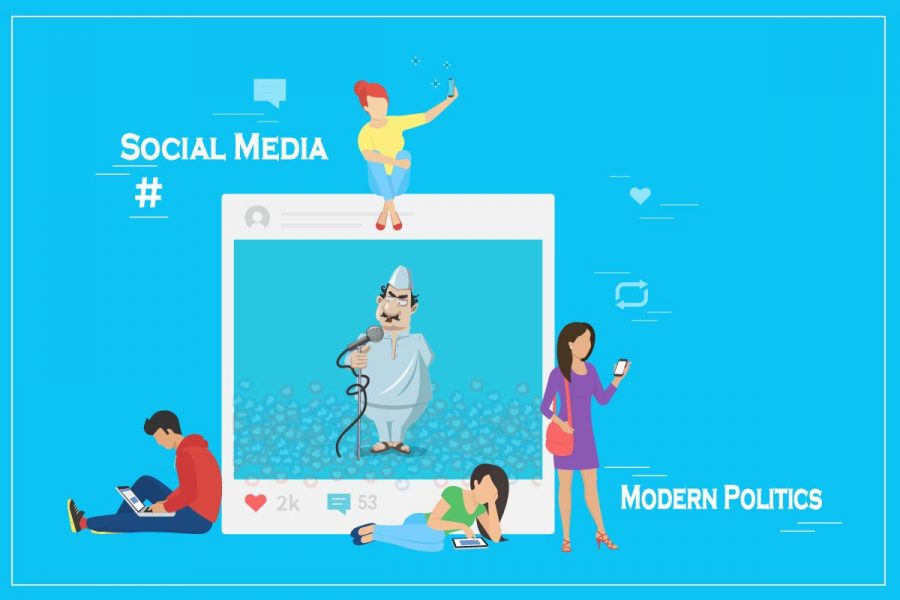 Social Media and Modern Politics: Together we Prevail, Divided we Perish

The political landscape across the world has changed quite a lot in the recent years. Modern politics is very much entangled with social media’s presence as the Generation T are with cell phones. Every political party is up with their online persona and interacts with their followers through Facebook and Twitter. Apart from earning trust and moulding public’s belief in their own favor, they get donations which further helps their offline campaigns.

Over the past decades, social media campaigns are a major source to spread the word and gather followers. With the major paradigm shift in the ways of communication, these parties can tailor their audience according to their needs.

Exit polls are an important aspect of predicting election results as they furnish the logistics of the presidential race and depict the voter’s count for each presidential candidate. And Facebook, the social media giant, seems to be the conventional media among its competitors for generating poll analysis. If we take psychology into consideration here, I would like to say that some people like to engage with a leader if they have a larger number of followers. This is why polls are considered pompous and a quintessential gear for obtaining and acquiring people’s attention.

Earlier, people had to wait for an entire day for newspapers to learn about the leaders, but this handy tech has modified participatory democracy as well as sped the developments in our society. Though social media has been argued as a tool for fake news, rumours and conspiracy theories, its perfect use is beyond any comparison.

Let’s take a look at some instances:

This was indeed the most substantial and pompous electorate campaigns, the world had ever seen.

At Telloquent Solutions, we too worked for a client where we engaged well with our follower’s list. We started our journey by creating an official page for Mr. Basavaraj Mattimabu on Facebook. We suggested all the ways to reach the targeted audience by both Organic and Paid ways. Our aim was to help him win the 2018 Karnataka Election by adopting an effective social media strategy. The page started getting likes slowly and eventually reached to 163K. We kept his page updated by posting about the local campaigns, events, social issues, etc.

What did we achieve?

We successfully reached the targeted audience and created awareness about him among the voters. As a result of both offline and online campaigns, we helped him reach his desired goal to become the M.L.A, Gulbarga Rural.

To conclude, I would like to say that though I’m not a very politically active person, I like to react with memes, trolls, and other online campaigns which I find worthy enough of my time. Clearly, these social media giants have changed the face of Modern Politics.